Govt for free flow of Idea

PM Modi said that the University Grants Commission had recently issued Graded Autonomy Regulations, after which over 60 higher educational institutions and universities were granted autonomy.

Saying that the government supports the “free flow of ideas” in educational institutions, Prime Minister Narendra Modi Saturday pointed to the move to grant greater autonomy to Indian Institutes of Management (IIMs) as a step in that direction.

Addressing the inaugural session of a conference on ‘Academic Leadership on Education for Resurgence’, the Prime Minister, referring to autonomy to IIMs, said,“Sarkar kahin nahi aayegi, koi babu aakar nahi baithega (Government will not interfere, no officer will have any role).”

The IIM Act, which came into effect on January 31, grants statutory powers to all 20 IIMs, including for appointment of directors and chairpersons and Board members. With this law, the institutes can also award degrees, instead of diplomas, to their postgraduate programmes.

Hailing this as a “landmark experiment” related to higher education, the Prime Minister said the government would take this forward to more institutions. “But I am surprised that this is not being discussed in the country. Intellectuals are silent… those who were advocating autonomy and had been writing about it for 20-25 years would not have imagined it,” the PM said, adding that these “intellectuals” were silent because they didn’t want the “credit to go to Modi”.

The PM also said that the University Grants Commission had recently issued Graded Autonomy Regulations, after which over 60 higher educational institutions and universities were granted autonomy.educacrime

Modi also stressed that universities and higher educational institutions need to give equal emphasis to innovation as they give to knowledge.

Invoking B R Ambedkar, Deendayal Upadhyay and Ram Manohar Lohia on education, the PM said their ideas had made it clear that education without a goal was “nothing more than a certiicate hanging from a hook”.

The PM also said that the government was going to increase the number of ‘Atal Tinkering Labs’ in schools – from 2,000 now to 5,000 over the next few months – to encourage children to innovate.

Modi said scholars and students should take responsibility for spreading digital literacy and generating greater awareness of government programmes such as Ayushman Bharat.

CBSE Sample paper 2019 for Physics: Attempt these questions to practice for board exams

NEET PG Results 2019 declared at nbe.edu.in, here’s how to check 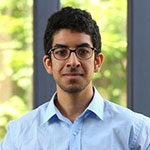 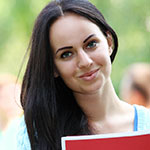